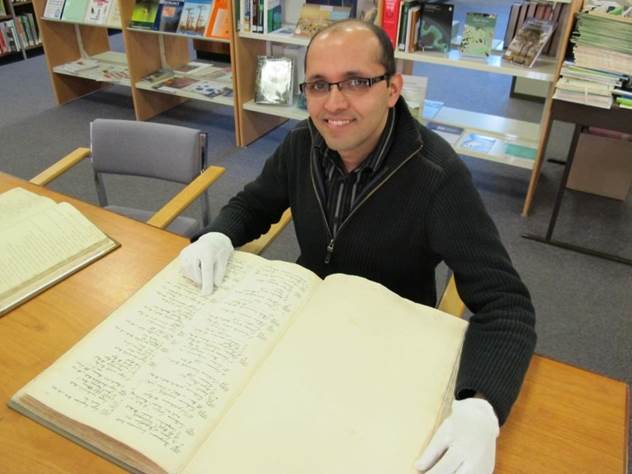 Wallich Catalogue Online is led by Mark Watson and Heleen Plaisier at Royal Botanic Garden, Edinburgh. The project began in 2008 with the digital photography and image processing of one of RBGE’s copies of the Wallich Catalogue (thought to be Sir William Hooker’s) by Bhaskar Adhikari and Mark. Mark then worked with Kristance Harlow to create the first digital index to the nearly 9,150 entries by marking up the digital images, adding numbers and plant names to the entries using the Wallich Cruncher software developed by Roger Hyam.

Heleen undertook the next stage in 2012 by placing digital markers on all collection-level elements and coding them with the Edinburgh Notation, which she developed with Mark. This process showed just how idiosyncratic and error-strewn Wallich’s numbering system was, and refining the notation took many months.

This was as far as the Wallich Cruncher software would go, and Roger developed its replacement using Drupal – the same software that is currently used to display the Wallich Catalogue Online. Roger created image fragments using the entry and collection-level mark-up, and arranged for all the different fragments that related to one single entry to be displayed together. For the first time users could easily see Wallich’s many additions, annotations and corrections alongside the original entry. The result was a useful online resource that people were already starting to value.

However, specific collection information still needed to be entered into the system for it to fulfil its potential. This was a large task – there were thought to be ca. 20,000 collections – and one that was not at all straightforward. Wallich’s handwriting is difficult to read, and he frequently uses non-standard abbreviations, peculiar spellings and latinised forms. The opportunity to move forward with this came with the digitisation of the 'Wallich Herbarium' at Royal Botanic Gardens, Kew, in 2014, because the information in the Wallich Catalogue Online provides important data for the specimens.

RBGs Kew and Edinburgh joined hands, with Kew’s team led by Jonathan Krieger and Tim Utteridge. Since the IDC glossary and gazetteer (Smith & Parson, 1971) was known to contain errors, Heleen created new standardized lists of the 41 collectors, 570 localities, 13 herbarium and 22 cultivated sources that were cited in the Wallich Catalogue. Heleen also produced ‘helper files’ to explain Wallich’s handwriting, abbreviations and Latin phrases, which Helen Hartley and Katherine Harrington used when they transcribed the collection information. Heleen’s lists and helper files have since been incorporated into the Wallich Catalogue Online. 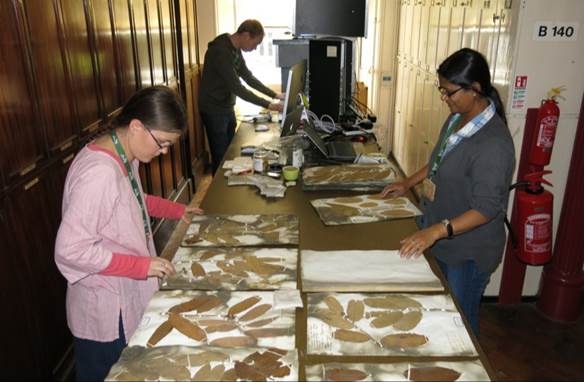 The final stage before the public release in October 2015 was undertaken by Jonathan, Heleen and Mark. This consisted of incorporating links between herbarium specimen images at Kew and relevant collections in the Wallich Catalogue, as well as extensive quality control and data integrity checking. Roger continued to develop the software and data outputs that were needed for these steps, and he implemented the public user interface which incorporated designs by Caroline Muir.

Heleen, Roger and Mark continue to maintain the Wallich Catalogue Online, correcting mistakes and looking to link to other online herbaria which have specimens from theh Wallichian Distribution.

Those involved in the project would like to recognise the institutional support of RBG Edinburgh and RBG Kew, and generous financial assistance from The Andrew W. Mellon Foundation, BHL-Europe, Sibbald Trust and Friends of RBG Edinburgh.